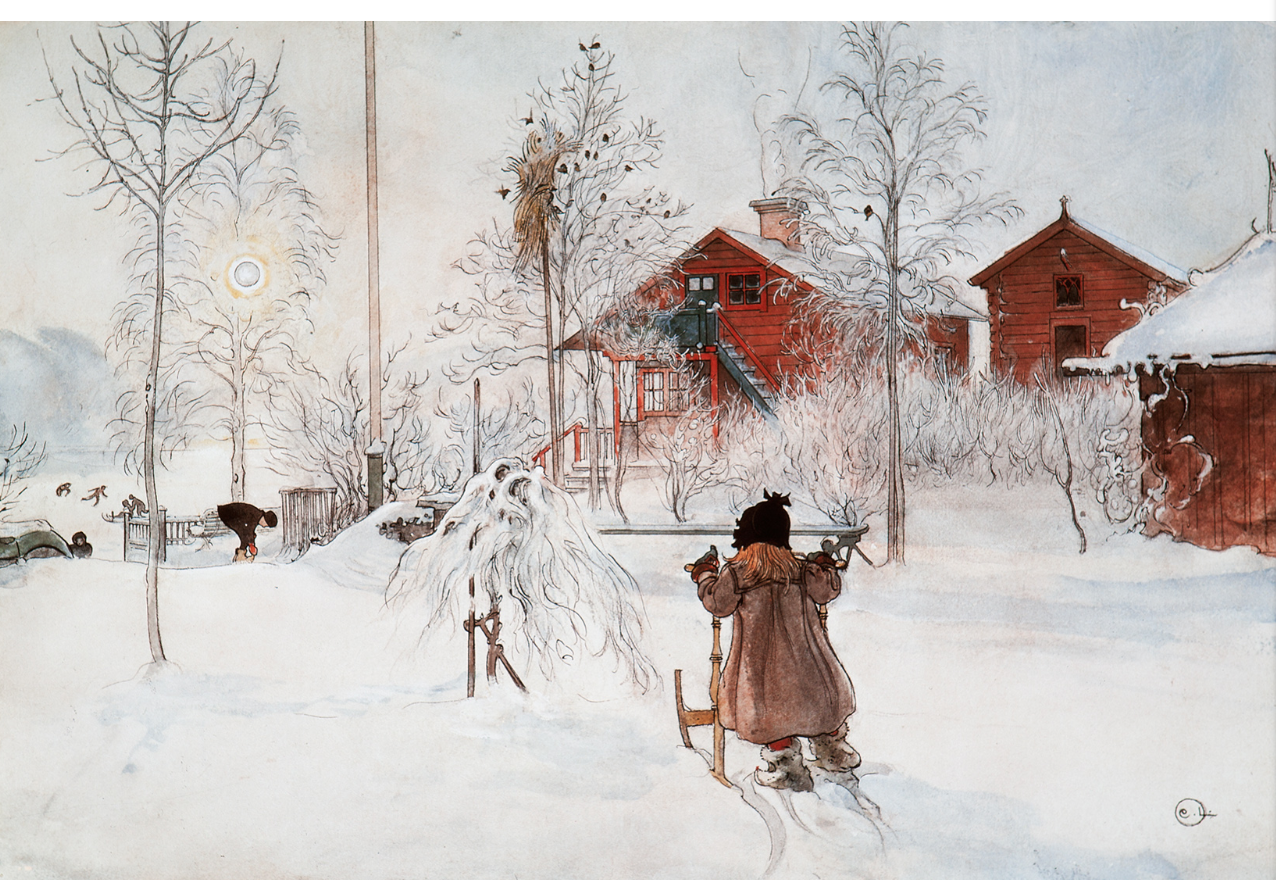 Walk around 12 of the rooms at Carl Larsson Farm

Finally, it is possible to experience the entire artist’s home with its fantastic and colorful interior through the digital 360 ° technology. Let yourself be inspired by the artist couple’s all-art work that has influenced us through the ages. With the help of technology, we now take the cultural heritage into the future where we get to experience a large number of Carl’s paintings.

Buy the app via the App Store and Google Play for SEK 129 and take part in Carl’s magnificent monumental paintings, beloved watercolors and inspiring details from Lilla Hyttnäs.

Carl Olof Larsson (28 May 1853 – 22 January 1919) was a Swedish painter representative of the Arts and Crafts movement. His many paintings include oils, watercolors, and frescoes. Karin Larsson (3 October 1859 – 18 February 1928) was a Swedish artist and designer who collaborated with her husband, Carl Larsson, as well as being often depicted in his paintings. Karin and Carl Larsson married in 1883 and had eight children. The family quickly became Carls favourite models.

In 1888, the family got a small house, Lilla Hyttnäs in Sundborn, by Karin’s father Adolf Bergöö. Lilla Hyttnäs became Karin and Carl’s joint art project where their artistic talents got an outlet in a modern and personal way. Through Carl’s paintings and books, Lilla Hyttnäs has become one of the world’s most famous artist homes. The light, Karin’s free interior style and the lively family life, such as depicted in Carl’s beloved watercolours, has almost become synonymous with the image of Sweden. Karin’s creative power and artistic taste is a very important component in Carl’s art. The bold interior decoration, the modern textiles, the rustic furniture – most of which she designed herself. One could say that their artistic talents coexisted in powerful symbiosis – she created the home that he depicted and together they created the motifs that have come to characterize the picture of Sweden that is cherished the world over. Brand values are Home, Family, Nature, Tradition, Celebrations, Arts and Crafts, Creativity and Innovation